Adams Central students continue to excel in all sorts of activities this spring and several have earned additional honors for their efforts.

Next week, the FFA Land Judging Team of Justin Barbee, Creighton Jacobitz, Jack Trausch and Julianna Zubrod will head to Oklahoma City to compete in the National Land Judging Contest.

Barbee, a junior, is looking forward to the competition and the challenge of judging soil in Oklahoma, which will be completely different from Nebraska.

“They grow different crops in different soil and we are given a booklet of information and standards to prepare,” Barbee said. “It will be interesting to see how quickly we can become familiar with Oklahoma dirt.”

Barbee plans to pursue a career in agriculture/agronomy, so being a part of the land judging team and FFA is a great opportunity for him, he said. 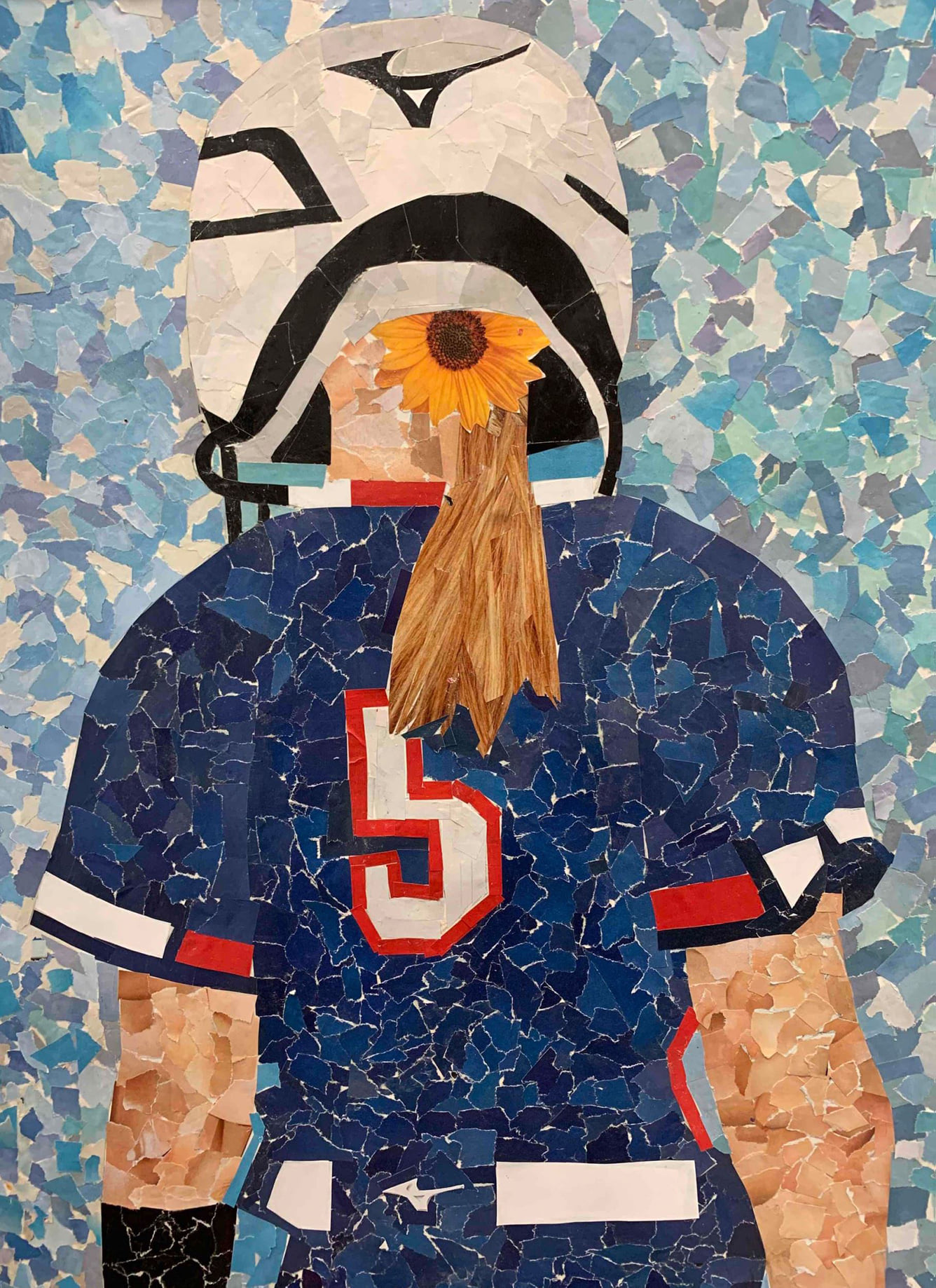 AC junior Carlee Wissing recently placed second in the 2022 Congressional Art Competition for Nebraska’s third district with her work “Pieces of Me” - a torn-paper self-portrait in her softball uniform.

While Wissing’s interests usually revolve around sports, she was happy to be able to incorporate that with her love of art.

“I have a pretty tough schedule academically, so taking art is a great break in my day,” Wissing said. “I was pretty surprised not only that I placed, but I submitted it back in December, so it kind of took me by surprise.”

Congressman Adrian Smith will come to Adams Central Thursday to speak at an assembly and present Wissing with an award. Wissing’s artwork will be displayed in Congressman Smith’s Washington DC office.

In May, Jenna Cecrle, Hannah Gengenbach and Irelyn Samuelson will travel to Atlanta for the International Science and Engineering Fair in Atlanta to compete against 1,800 students from 80 countries.

And junior Serese Janssen recently qualified for a science conference in Washington DC after presenting her research on airplane propellers. The conference will take place during the spring of 2023.

Janssen said she is interested in cows and aviation, so it was just a matter of choosing one of those for her science fair project. She plans to pursue science or engineering, possibly aviation, after she graduates.

“It will be great to visit Washington DC. I think we will get to tour universities and visit monuments and museums while we are there,” Janssen said.

Junior Jacie Boelhower heads to the SkillsUSA National Competition in June in Atlanta. Boelhower’s state championship in photography earned her a spot at nationals.

Boelhower is relatively new to photography, so qualifying at the national level came as quite a surprise.

“I just started photography this past August, so I was surprised to qualify,” Boelhower said. “There’s a lot involved with the competition itself, so that will be interesting.”

This is Boelhower’s first time visiting a city as large as Atlanta, so she looks forward to the trip.

Five seniors will head to Chicago to the National FBLA Competition in late June. Claire Kiolbasa and Elijah Mulligan will compete in business management, while Sadie Loehr, Abby Stroh and Brianna Stroh will compete in hospitality/event management.

While Mulligan is happy to qualify for a national competition, he’s also excited to travel out of the state and tour Chicago.

“It would be great to compete well, obviously, but there are also so many things planned for us to do,” Mulligan said. “We accomplished our goal, which was to get to nationals. We will do our best, but it will be a great trip no matter how we do.”